San Miguel Tequixtepec. What does your mind conjure when you read this little Oaxacan town’s name? I’d image that you don’t get much beyond attempting to figure out the sound that is made by the sixth and seventh letters of “Tequixtepec,” yes? I, too, boggled at this mystery prolly up until the point that we actually arrived there. For all those curious, I believe it’s pronounced “Teh-kees-te-pec.” When I think of SMT (for all intents and purposes, acronyms are just much easier), I remember the church bell tower.
First, the village of SMT. It’s an incredibly small town in the mountains of Oaxaca. It sits roughly 7,000 feet above sea level and is home to roughly 1000 people, mostly of indigenous backgrounds (Zapotec and Mixtec). Similarly to many towns and even major metropolitan hubs in Mexico, the church is the shining beacon of this little mountain town. 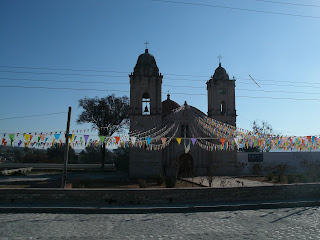 Note the beautiful courtyard, painstakingly built stone by stone. The church itself is immaculate (but please don’t mind the cheap plastic flags, everything in Mexico is a friggin’ festival- the brighter the better). The town doesn’t have paved roads beyond the one square block in the town center and it resembles that of a ghost town, in all honesty. Buildings are decrepit and/or abandoned. Stray dogs run in packs here and there. The few people who do live there specialize in the world of palm. Life there focuses on gathering palm, weaving palm, and weaving palm to gather more palm. However, I digress.
The church bell tower is actually a bit inconspicuous. So much so, in fact, that one may not even notice it were it not for the town elected bell ringer who rings the bell at seemingly random times (at ALL times throughout the day) and does so for intervals of five to 30 minutes and for reasons that most non-Mexicans might deem strange. In all honesty, my fascination, perhaps even obsession, along with Mandy’s, would likely never have manifested were it not for the incessant bell ringing. Questions just flooded our entire consciousness, no… beings! Why is this dude ringing the bell at all hours of the day? Is there not a schedule or need to make note of hourly time? How do you get this job? Is there some elevated status because of it? How much stamina does it take to ring the huge bell for 30 minutes straight? Does each bell have different significance? Most importantly: How balla would it be if could get up there? Hell, it’s the highest point in the town. It would literally and figuratively be the high point of the trip if we could just finagle our way up somehow. 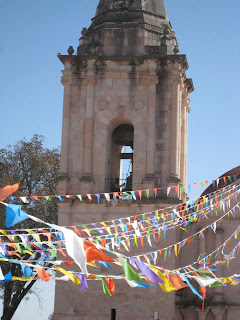 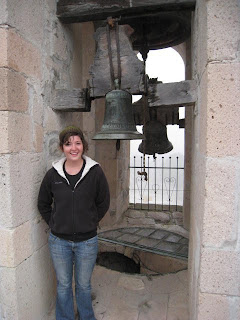 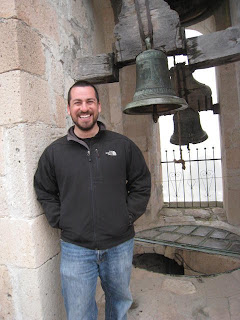 We dwell on our accomplishment and enjoy the views. Gracious thanks are given to Juan Carlos and we relinquish our grasp of success, sated, and descend the tower. 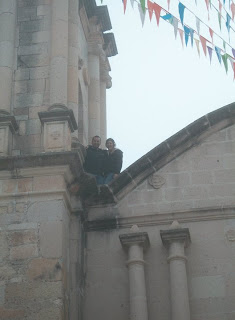