And So We Begin

Peace Corps Thailand 125 has been off and running (or walking gingerly, in my case) for about a week and half now. Training as a whole was quite regimented- us trainees always had something to do at someplace and sometime with someone. We were run ragged for ten weeks.

In no more than an instant, forty-seven of the best people I’ve ever known were dispersed all over Thailand- From the northern province of Nan, to the far boarders of Burma, Cambodia, and Laos, and the far south, in Surat Thani.

In quite a sudden fashion, we all have schedules that reflect the very opposite of what we had grown accustomed to in Suphan Buri. Since school is out until mid/late May, many of us are free to do as we wish in our communities, so far as it better integrates us and builds relationships, which, as mentioned in previous posts, is the most critical part of Thai culture. Therefore, some of us are putting on English camps already, others biking around town, some chatting up the locals at restaurants or government agencies, and yet some other (lucky) folks have been Thainapped and taken on bpai-tiao all over Thailand in celebration of numerous things- the school year ending, welcoming a new teammate to the school, and building camaraderie.

Lo and behold, I was one of the lucky latter volunteers. Please enjoy the following photos from Lom Sak, Petchabun and Chiang Khan, Loei. 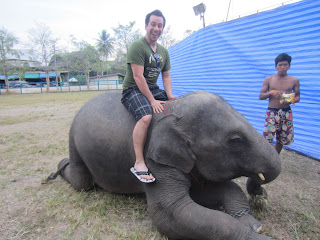 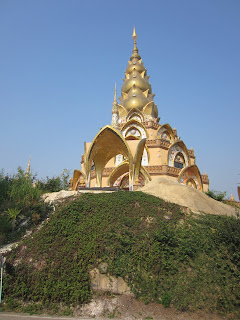 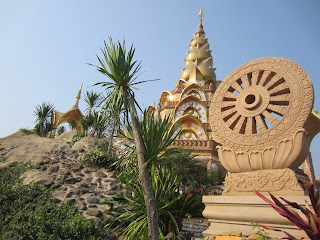 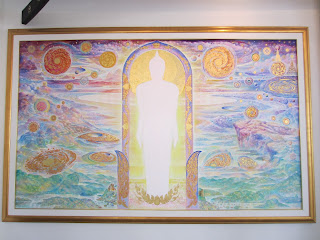 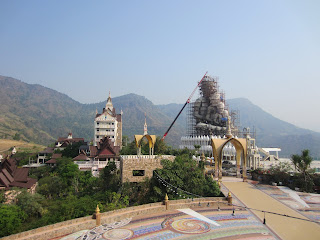 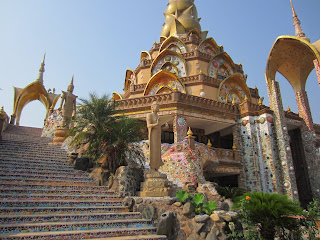 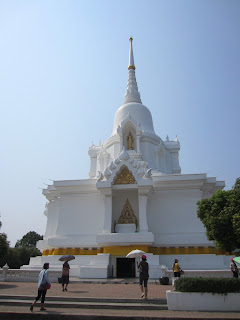 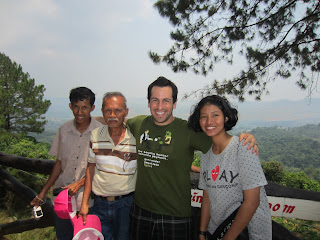 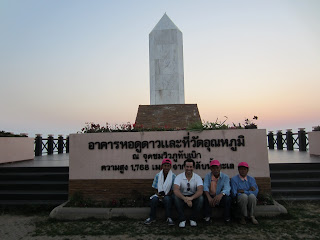 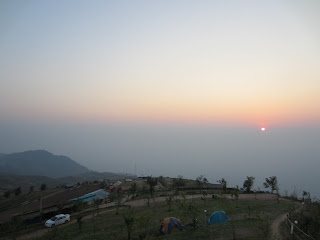 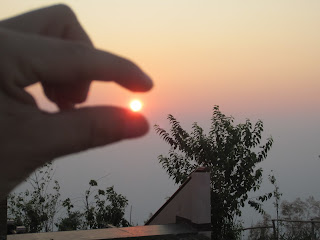 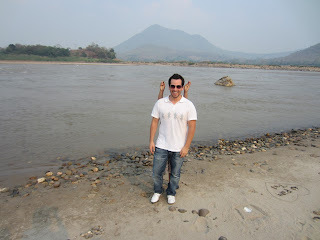 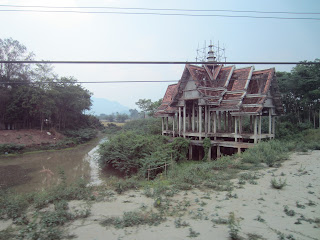 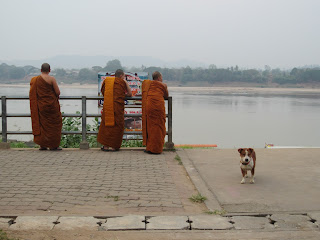 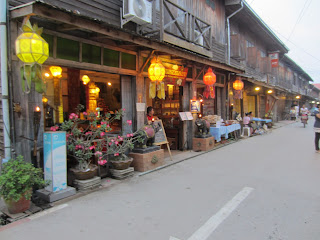 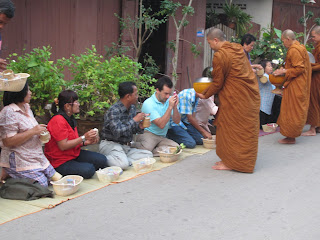 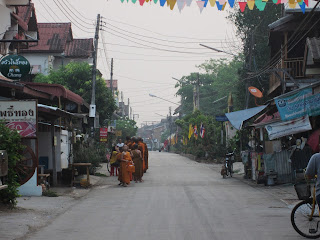 It feels awfully strange to inherit an amorphous blob that doubles as my new schedule. As tiring as PST was, I have to admit it’s pretty nice always knowing what’s coming next, what to expect, etc. I’m not virgin to these kinds of situations, however. In fact, it’s equally satisfying to no longer have to do literally every little thing on Peace Corps’ schedule, but now rather, my own.

Today will mark my second day actually “working,” as my first two days at site comprised of a yoga training, and the following five consisted of travelling and laying the foundation for friendships. What’s on the schedule, you may ask? Editing some English speeches for an ASEAN English camp for local principals (that I may or may not have to attend…?), doing two weeks’ worth of laundry (and thank the stars my family has washing machine), paying rent to my wonderful host-family, who gave me a laughably incredulous look and stated, “mai ao.” No thanks. So, that should be a fun battle.

Assuming I have to attend the principal camp, next week looks like some hardcore biking around the local districts with some potential stops at the beach, “to chat with the locals.” Yeah no, I mean that facetiously, but everyone and their dog will want to know why a farang is visiting their beach, so that means talking to all the people and practicing my Thai…

This brings me to the point of language- it’s slowly but surely coming along. I can’t remember if I have mentioned this in a previous entry, but language acquisition feels like a climb up a mountain with numerous plateaus. Each day you learn more and more, but don’t necessarily “put it all together,” then, almost magically, you wake up and start to hear/understand/say things you couldn’t yesterday. I envision these days as making progress up the mountain, while the days where you think you’ll never get the language as the plateau days, where you just sit and toil. I’m growing accustomed to the Southern dialect (described as faster, shorter, and more aggressive; am told even some native Thai speakers have difficulty understanding the Thai spoken here. Oh boy!) and feel that even in the ten days since PST/formal language training ended, my Thai has improved.

I’ve already met some very generous people outside of my school who have offered me many things, not the least of which include visits/dinners at their homes, translation and “helping me out of trouble,” and even potential job opportunities for Nadia. Many others already regard me as a son and want to make sure I’m comfortable in every way imaginable. I have to say, Thai folks are among the kindest I’ve ever been around.

I apologize for this general entry. I normally don’t care much for these, but since on one hand, so much as happened, and on the other, not much at all, I figured this was the best way to update everyone. Additionally, in all honesty, there hasn’t been one particular moment or story that immediately jumped out at me as one that deserved its own in depth story.

We’ll have to save that for another day.
Posted by Unknown at 8:43 AM